1. 90% of fireworks originate from China.

2. The earliest fireworks were invented more than 2000 years ago.

3. King Henry VII wedding in 1486 was the first recorded use of fireworks in England.

4. A firework made from chocolate measuring 3m high was released on New Year’s Eve in Zurich in 2002.

5. 13kg was the biggest produced firework and released in 2010 in Portugal. 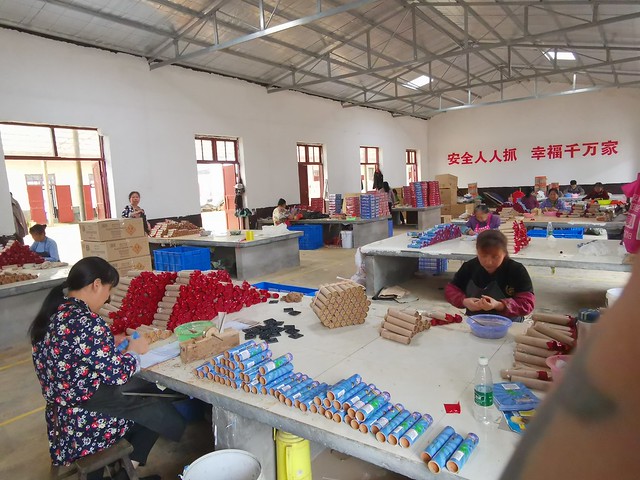 6. 150mph is the recorded speed of a rocket but the shell can shoot as high as 200 metres.

7. "Fire Master of England" was the honorary title created by Queen Elizabeth for the best person who created the best firework. She did this because she was so fascinated with fireworks.

8. 'Hanabi' is the word for firework in Japanese and it means "fire-flower".

9. In 1706 Amédée-François Frézier published a "Treatise on Fireworks" in 1 covering the recreational and ceremonial uses of fireworks. The book became a standard text for fireworks makers.

10. A sparkler burns at a temperature over 15 times the boiling point of water. Therefore, three sparklers burning together reach the same heat as a blowtorch. When your sparkler goes out, put it in a bucket of water. 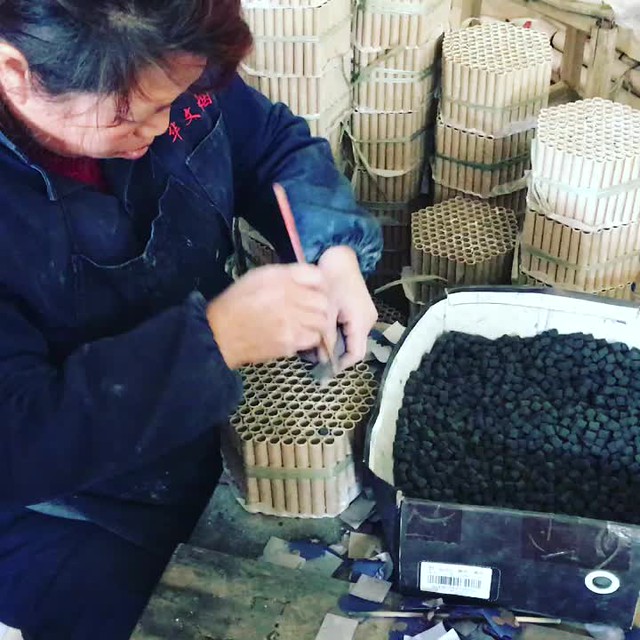 11. The first fireworks were only orange and white. In the Middle Ages new colours were invented by adding different salts. The most difficult colour to create is blue.

12. A massive record breaking 56,000 firework rockets were launched all together in a spectacular opening to the Plymouth, UK Fireworks Championships by Scientist Roy Lowry.

13. A string of firecrackers that lasted 22 hours marked the New Year’s Day celebrations in Hong Kong in 1996.

14. Dreaming about fireworks symbolizes enthusiasm and exhilaration. It also means that you like to be the centre of attention and are showing off to others.

15. The Arabs acquired knowledge of gunpowder in 1240. A Syrian named Hasan al-Rammah wrote of fireworks using terms that suggested he derived his knowledge from Chinese sources.

16. 5th November is a celebration of the failing of the Gunpowder Plot in 1605, attempting to kill King James I at the Houses of Parliament known to us as Guy Fawkes night.

17. The fireworks were used to scare off evil spirits and promote prosperity and were also used to accompany many festivities.

18. In France they use fireworks to celebrate Bastille Day and celebrate storming the prison of Bastille.

19. The record for the largest firework was achieved in Portugal in 2006, and consisted of 66,326 fireworks. 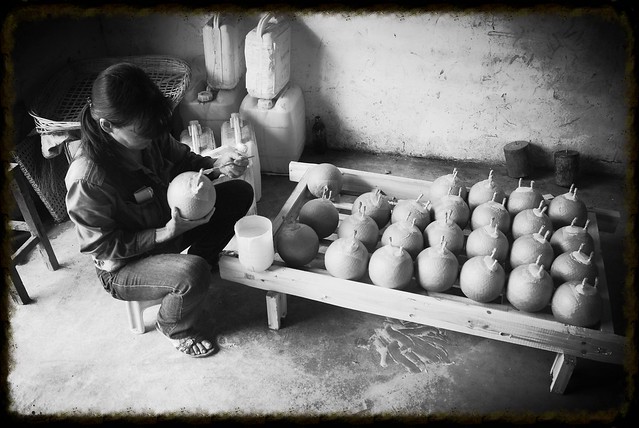 21. Italy was the first country to really master and experiment with fireworks in Europe also the first to use shells for firecrackers to be loaded into canons and shot into the air.

22. The biggest annual fireworks display event in Europe is the International Festival concert held in Edinburgh, Scotland, in which a million fireworks are set off in less than an hour.

23. When you use Sparklers to make funny pictures in a dark setting, you can use a camera to record this on a long exposure setting.

24. A firework requires three key components: an oxidizer, a fuel and a chemical mixture to produce the colour. When the oxidizer breaks the chemical bonds in the fuel, it releases all the energy that’s stored in those bonds that ignites this.

25. Americans light about 175 million pounds of fireworks, During the 4th of July which is equivalent to about 100,000 lightning bolts. 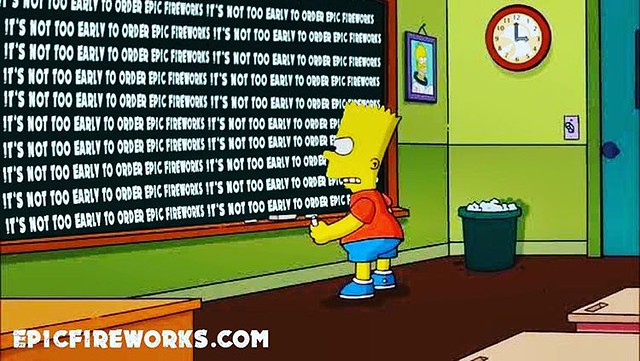 26. John Adams wrote to his wife Abigail on 3 July 1776 from England and said that he thought fireworks should be used to celebrate America’s independence. Americans have been celebrating their independence with fireworks ever since.

27. Fireworks led to the invention of gunpowder weaponry. During medieval warfare in China, sometimes fireworks were strapped to rats, which would run into enemy camps. The Chinese would also strap fireworks to arrows to terrify their enemies.

28. One of the largest fireworks companies, Zambelli Fireworks, is located New Castle, Pennsylvania and is known as the “Fireworks Capital of the America”.

30. Even after thousands of years, no one has found the perfect chemistry to make bright blue. In contrast, red, green, orange, and white are very easy to produce. 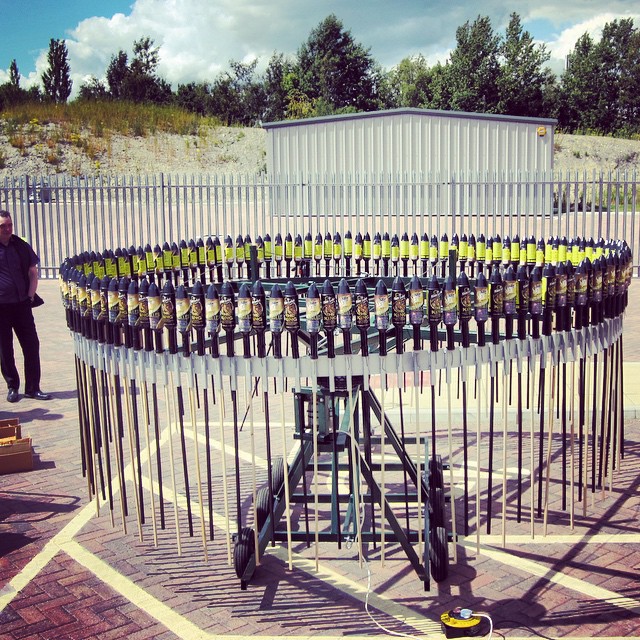 31. King James II was so impressed with the person who created the fireworks display at his crowning in 1685, that he made him a knight.

32. The first fireworks in America, according to legend, were set off by Captain John Smith in Jamestown, Virginia, in 1608 to impress or scare nearby Native Americans.

33. Disneyland uses compressed air, rather than gunpowder, to launch its fireworks.

34. M-80 was an illegal firework that was designed to simulate the sound of gunfire. This is also called the “military rifle fire simulator” and “salutes. ”M-80s have caused people to lose fingers and hands.

35. Four states of America have a blanket ban on all public access to fireworks: Delaware, Massachusetts, New Jersey, and New York. 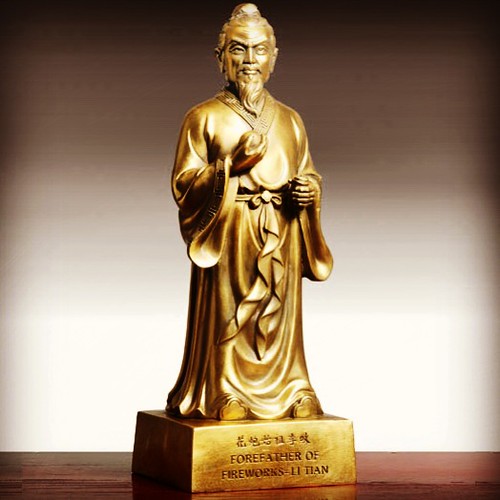 36. The Philippines is where the World Pyro Olympics has its yearly fireworks competition. Competitors from around the world gather to determine who can create the best fireworks display.

37. The largest display of fireworks on record happened in Norway on November 29, 2014, when 540,383 fireworks were lit. They lasted for 1.5 hours. This was a tribute to the Norwegian constitution.

38. A firework that misfires and explodes within the launch tube a “flowerpot” because the misfire resembles a flowerpot according to pyrotechnicians.

39. Due to the record air pollution, residents of Beijing are being asked to limit their use of fireworks during the Lantern Festival (Lunar New Year).

40. The Chinese created fireworks but in 1830, it was Italy who gave them their colours by burning different metallic powders. 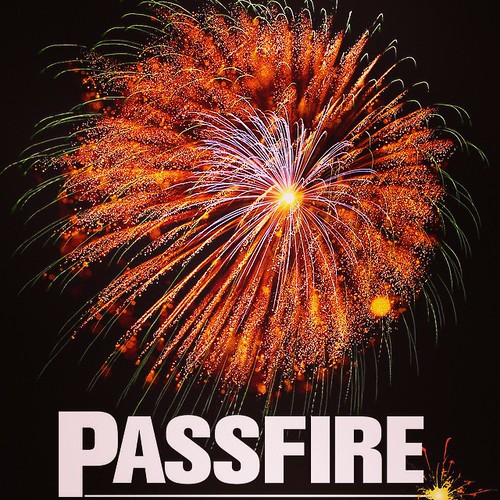 41. Disney doesn’t just set off fireworks—it takes its visitors on an immersive storytelling experience in which fireworks are an essential part of the magic.

42. Both firecrackers and fireworks are a popular tradition during Halloween in Vancouver although apparently this is not the custom elsewhere in Canada.

43. Republic of Ireland and Northern Ireland have many fireworks displays, during the Halloween season. The largest are in the cities of Belfast Dublin, and Dublin. The 2010 Derry Halloween fireworks attracted an audience of more than 20,000 people and the sale of fireworks is strongly restricted in the Republic of Ireland, although many illegal fireworks are sold throughout October or smuggled from Northern Ireland. In the Republic the maximum punishment for possessing fireworks without a license, or lighting fireworks in a public place, is a €10,000 fine and a five-year prison sentence.

44. Indians all over the world celebrate with fireworks as part of their popular "festival of lights" (Diwali) between Oct-Nov every year.

45. In Iceland, the Icelandic law states that anyone may purchase and use fireworks during a certain period around New Year's Eve. Most places that sell fireworks in Iceland make their own rules about age of buyers, usually it is around 16. The people of Reykjavík spend enormous sums of money on fireworks, most of which are fired as midnight approaches on 31 December. As a result, every New Year's Eve the city is lit up with fireworks displays. 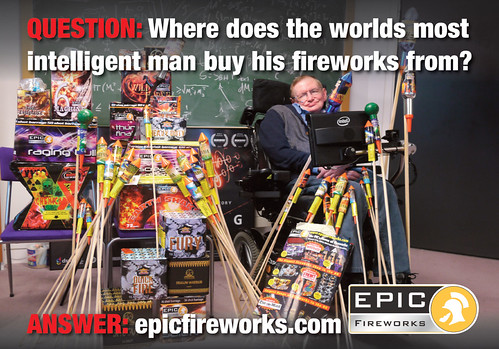 46. Fireworks have been blowing up our skies for over 2000 years.

49. Not all fireworks look the same. Some explode in a circle. Others look like a shower of sparks that fall toward the ground. A firework’s pattern depends on how the stars are arranged in the shell. Manufacturers can create an outline of a specific pattern with stars. Then, they surround those stars with a special charge. That charge will separate them all at the same time from the shell.

50. It takes just as much science to create the colours we enjoy watching during fireworks displays. Most colours are produced by carefully mixing chemical compounds. Certain compounds make particular colours when they burn. Most yellow fireworks include a sodium compound. In 2021, Americans will celebrate their 246th Independence Day and since the very founding of their nation fireworks ...
Read More
Filed in: 50 FIREWORK FACTS, FIREWORK FACTS
Share:
Find us on Facebook Find us on Twitter Find us on Pinterest Find us on Instagram Find us on Tumblr Find us on Vimeo Find us on Youtube Find us on LinkedIn Find us on Flickr
Previous article JAPAN’S FIRST 'HIGHEST ALTITUDE FIREWORKS DISPLAY' TO BE HELD ON THE SLOPES OF MOUNT FUJI
Next article TOP FIVE LOW NOISE PICKS

You might want to proof read this, a few nice bits of info though