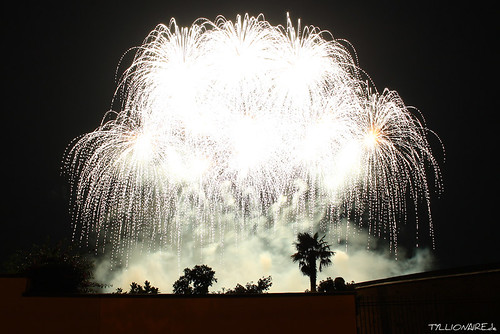 Every year since 1990, the beautiful and cultural city of Hannover plays host to five of the Worlds best pyro teams to the hottest fireworks competitions in Europe. Over five weekends between May and September, five countries battle it out to be crowned International Fireworks Champions 2014.

Competing this year are teams from:

The teams presented breathtaking fireworks displays in the baroque atmosphere of Herrenhausen Gardens bringing in an impressive 50,000 visitors.

The competition dates are:

Of course, tasked with filling the skies with beautiful pyro, the teams had a clearly defined display directive which was that it must be 25 minutes in length and include a 4 minute compulsory section of pyro to a set track to which the display teams were to connect the theme to the historic gardens.

The entertainment starts early evening and visitors to the beautiful baroque gardens of course in addition to the wonderful surroundings will have the opportunity to partake of a variety of entertainment avenues prior to the skies being filled with the colour, light and sound of the magnificent displays.

This really beautiful and cosmopolitan city (short for expensive) which is great for wining, dining and entertainment and the city offers a hugely eclectic range of ‘foodie’ outlets, all offering something a little different. With everything from charming little café’s and bistro’s to themed restaurants and eateries, they will quite literally have everything including some beautiful cocktail lounges, jazz clubs and nightclubs to name but a few.

If you should get the opportunity to visit the event, we would be absolutely thrilled to receive your video footage or images.

Good luck of course from all at Epic Fireworks to the team from 1st Galaxy – COME ON ENGLAND!

Video footage of the fireworks display from 2013 below: