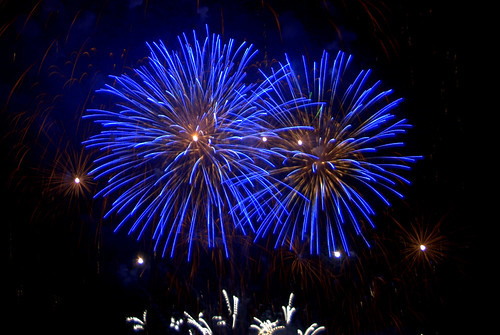 WHAT: The 2013 Honda Celebration of Light
WHERE: Vancouver, Canada
VENUE: English Bay
WHEN: Between 27th July and 3rd August 2013
FIRING TIMES: 10.00pm

If you are fortunate enough to be visiting Vancouver between the 27th July and 3rd August, prepare to be blown away as teams compete for the coveted title of winner of the 2013 Honda Celebration of Light.

The competing teams this year hail from the UK, Canada and Thailand will put on a pyro musical show to wow the gathered crowds. They are tasked with choreographing music and fireworks in front of anticipated daily crowds of over 400,000. The 30-minute shows are being judged on the general concept of their display, colour, originality, quality of the production and of course the choreography to their chosen musical pieces.

The teams will each compete on three separate nights.

All the firework displays start at around 10:00pm and will be set up on a barge in the bay.

The best spot to see the event is English Bay Beach. Here your options are either to go for some you pay for the food, drink and seating with a bird's-eye view or indeed there are tens of thousands of spots you can go along for free with your family and friends and soak up the atmosphere, whilst partaking of some of the concessions on offer. Vancouver is world-renowned for their award-winning street food which will be available all along the beach area. They have everything you can think of from Mexican, Waffles and Crepes to Dim Sum, Salad bars and of course Kebabs and Burgers. So you won’t be stuck for choice.

Visitors will also be treated to a treat on the 31st July and 3rd August when the Red Bull Airshow will be wowing visitors with some magnificent aerial displays.

If you do manage to get along to witness this brilliant event for yourself, we would be delighted to receive some pictures or video of the event on our website.