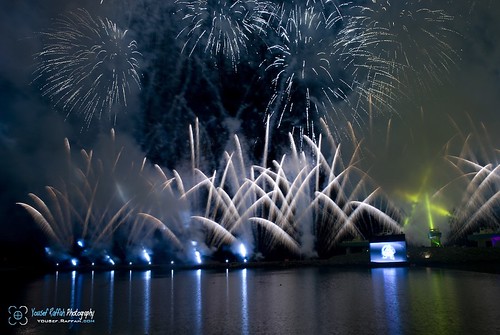 The Saudi Arabian city of Jeddah stands on the east coast of the red sea and has been an important commercial hub since the sixth century BC, visited by Alexander the Great in 356 BC, who liked the city so much he stayed there twenty-three years.

Now a thriving city of 3.2 million, this year, for the first time an electronic clock will tick down to zero. Starting on the 6th of June, it will countdown for 44 days signifying the start of the 35 day festival on the 17th July.

Already plans are well underway to make this the most spectacular yet. For those landing in King Abdulaziz airport, three custom information centres open 24 hours a day are being put in place to cope with the estimated two million visitors looking for hotels, and general information.

From poetry reading (8000 people are expected to attend the poetry alone), to circuses, comedy clubs, equestrian events, the list is long and varied. The Jeddah festival also has another little trick up its sleeve to entice tourism, ticket holder raffle prizes like only the Arabs can do, luxury sports cars (we like this idea), electrical goods, and GOLD INGOTS to the value of 2 Million Saudi Arabian Riyal (about GBP330,000 or USD53,000).

As well as the famous fireworks displays, this year sees a new attraction for the visitors, daily dolphin shows, along with over 200 other activities to entice the world to sample the delights of the country. There are two firework displays every Thursday throughout the event, both starting at 11pm, these are in at Al Nawras Square and South Obhua and both are well worth a visit as the pictures show.

Organised by festival President Ahmed Sayed Al Ghamdi, The event is expected to raise 5 Billion SAR approx. £8 million in capital for the city.

Weather: HOT, expect temperatures to be around 37c 108f and could be as high as 42c (this is an average daily temperature measured from 6am-6pm), so carry plenty of water if you’re not used to the heat, hats are a good idea also, most seasoned travellers to Greece, Spain, should be able to cope easily.

Food: No problems here, as a multi-cultural city most diets are catered for, most major food chains, McDonald's, KFC, Pizza hut are well in supply, as well as the local fast food chain Al Baik who serve mainly fried chicken (known locally as Brost), spicy curly fries, and of course being so close to the red sea (one of the best scuba diving sites on the planet) lots of seafood dishes to try.

News: There are four different Arabic dialects, and two very good English newspapers, these are the Saudi Gazette and Arab News, both very informative on local news, usually all event festival notices and schedules appear in both. Most Hotels now cater for visitors TV needs showing sky TV along with hundreds of other cable channels.

Places: A good place to visit is the market on Tahlia St, where you can pick up a bargain, but be prepared to haggle, it’s expected, and can be frowned up if you don’t “get into the spirit”.

Safety: As with all major cities in the world, take care with cash and valuables, although theft is not as common as some cities I have been to, due to the deterrent, I’m sure we have all heard of the punishment for stealing.

Thanks to constant improvements in firework manufacturing, and a thirst from importers to deliver the most impressive...
Read More
Filed in: 2012 Jeddah Festival, Fireworks, fireworks display, Jeddah
Share:
Find us on Facebook Find us on Twitter Find us on Pinterest Find us on Instagram Find us on Tumblr Find us on Vimeo Find us on Youtube Find us on LinkedIn Find us on Flickr
Previous article SOUTHEND’S FIREWORK DISPLAY IS TO MAKE A COMEBACK THIS YEAR!