This must be one of the most bizarre events we’ve blogged about this year.

The Chios rocket war takes place in Vrontados, Greece, and is just as chaotic as it sounds. 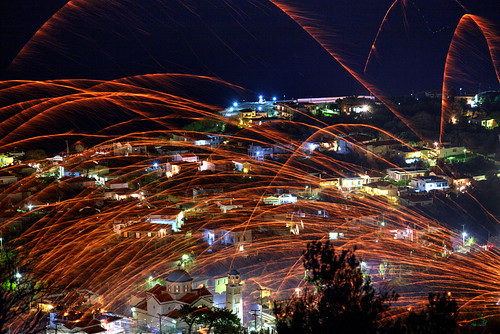 They stand around 400 metres apart from each other, and it is rumoured their rivalry began way back in the Ottoman era. 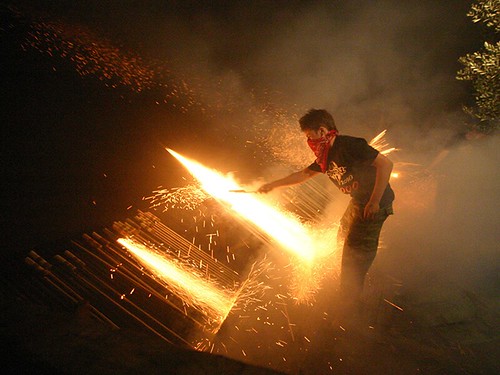 The basis of this rivalry is that each year around Easter time, the parishes fire flaming rockets towards each other, intent on striking the bell tower of the opposing side.

Until the late 1800’s, actual cannons were used to fire the mini missiles, but since these were banned, both parishes have now resorted to using home-made rockets!

The craziest part of this tradition? Whilst the war is going off, mass is celebrated inside the churches! 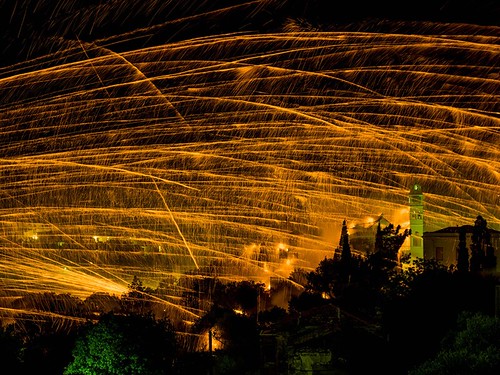 However, most years, they agree on a draw and decide to settle the dispute again the following year!

Da Nang International Fireworks Festival is an annual event and will be held once again in 2023, after a 2 year break...
Read More
Filed in: Chios, ROCKET WAR
Share:
Find us on Facebook Find us on Twitter Find us on Pinterest Find us on Instagram Find us on Tumblr Find us on Vimeo Find us on Youtube Find us on LinkedIn Find us on Flickr
Previous article LAS FALLAS DE VALENCIA 2023
Next article THE NATIONAL PYROTECHNIC FESTIVAL TULTEPEC MEXICO