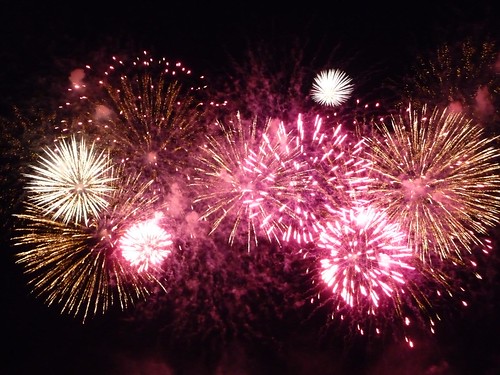 There is to be a welcome return at the end of July of the Tatton Park Picnic Concerts for one of the North West regions biggest firework and musical spectaculars of the Summer.

On Saturday 28th July, the Halle Orchestra will strike up the band at the stunning lakeside setting for the evening on the Tatton Park estate in beautiful Knutsford in Cheshire.

The Halle Orchestral and Choral spectacular, as conducted by Stephen Bell, will include a fabulous fireworks display and celebrated voices of its 100 strong choir singing some wonderful choral pieces.

The programme will include Handel’s Zadok the Priest, the Anvil Chorus from Verdi’s II Trovatore and Orff’s formidable ‘O Fortuna’ from Carmina Burana in the wonderful lakeside setting.

The concert will culminate with an awesome fireworks display synchronised to music.

So the Beijing Winter Olympic games have finally ended - which is very very good news for the firework factories in C...
Read More
Filed in: Tatton park, Tatton Park Fireworks
Share:
Find us on Facebook Find us on Twitter Find us on Pinterest Find us on Instagram Find us on Tumblr Find us on Vimeo Find us on Youtube Find us on LinkedIn Find us on Flickr
Previous article BUYING FIREWORKS AS A GIFT