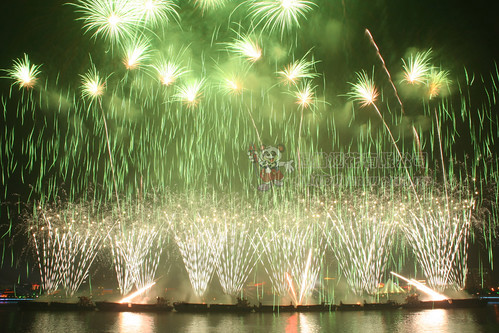 FROM fireworks to film and the "most amazing parade in the world", there's something for everyone this St Patrick's Day.

The festival is not just a one- day affair -- organisers are offering a six-day helping of street theatre, music, visual arts and a ceili to celebrate all things, Irish.

The fun starts on March 12 and organisers promise the festivities won't be limited to Dublin.

And most importantly -- it is set to deliver a massive €58.3m cash boost to the Irish economy with one million people expected on the streets to watch festival events.

One of this year's highlights is the National Lottery Skyfest in Limerick City, with 50,000 people expected to attend a fireworks display at King John's Castle overlooking the Shannon.

Families can look forward to a 'Big Day Out' in Merrion Square on March 14. And a monster ceili will get pulses racing at St Stephen's Green at 4pm on St Patrick's Eve.

Colourful characters including a "dancing puppet", "a liquorice sweet" and a "candy floss girl" gave a flavour of the March 17 parade at the festival launch yesterday.

This year's parade will feature the work of pageant companies from all over Ireland and marching bands from the US, Bulgaria and France. Click here for the full article.

Click here for even more info on St Patrick's Day 2010.

Announcements that Christmas may be as close as possible to normal following on from the news that there is an effect...
Read More

Bonfire night is fast approaching and for most of us we will be holding our own COVID safe family affair at home. As ...
Read More
Filed in: Epic Fireworks, Fireworks, St Patrick's Day
Share:
Find us on Facebook Find us on Twitter Find us on Pinterest Find us on Instagram Find us on Tumblr Find us on Vimeo Find us on Youtube Find us on LinkedIn Find us on Flickr
Previous article Recycling Pyro Mesh - Squirrel Feeder