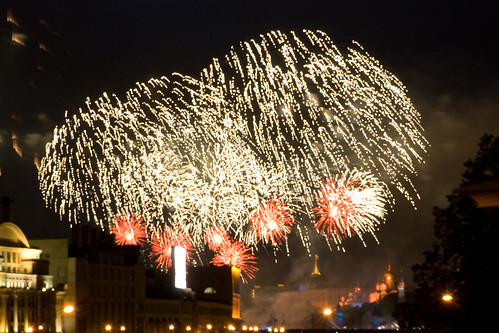 Bright lights lit up the sky over Moscow on Wednesday 9th May as guns fired several rounds of shots into the night sky in celebration of the 67th anniversary over the fascist dictatorship of Nazi Germany in the country. The bright salutes marked the end of the long drawn and devastating war. Hundreds of people thronged to the streets to cheer each salute in tribute to those who lost their lives fighting for their country’s liberty between the invasion in the summer of 1941, until the defeat of Nazi Germany in 1945.

Around 14,000 troops were on hand for the ceremony which also featured displays of Russian missiles and other military hardware. A minute’s silence was also observed at 19:00 Moscow time which was introduced in 1965 and has continued to be an integral part of the celebrations since. The country lost 27 million of its residents during WWII, most of which were civilians. Compared to the USA, which recorded losses of around 2 million in total, there really is no comparison.

The fireworks later in the evening were nothing short of spectacular when over 4500 rockets were launched from 14 sites across the capital using 70 specialist firing systems. 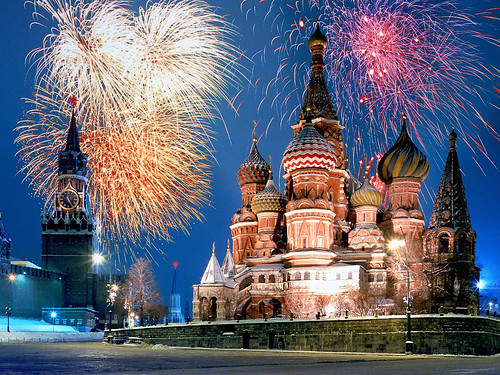 Festivities have been held in Moscow throughout the day and were topped off by a spectacular fireworks display.

The fireworks show kicked off at 22 00 Moscow time and crowds watched from a variety of sites in the capital. 4,500 fireworks lit up the Moscow sky.

The tradition dates back to the war years of 1943-1945. At that time, fireworks marked all the victories reported in the media. That was a way to boost the morale of the nation and encourage troops for further achievements.

Interestingly, the cannons used for fireworks were produced back in 1942-1943. Some of them have marks from enemy bombs.