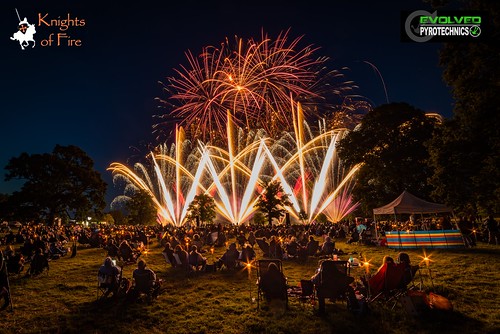 Nicholas Chase and The Knights of Fire  were the competitors who decided that the Evolved products were the ideal choice of firework to use in the choreography of his musical display. In addition to the single shots Knights of Fire were the only team on the evening who elected to use a wireless firing system, the system of choice Pyrosure. 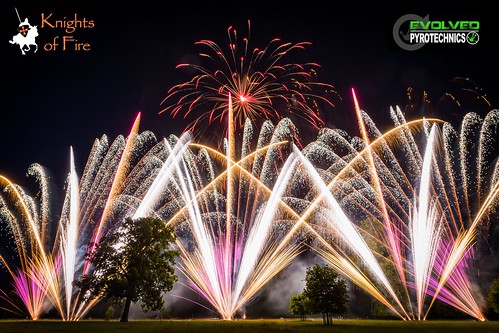 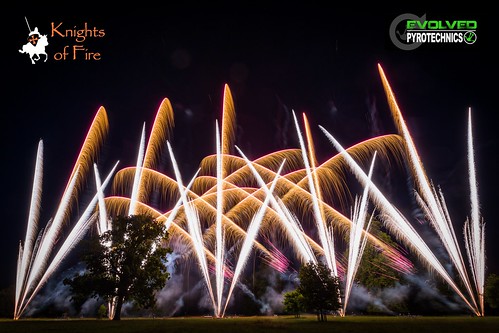 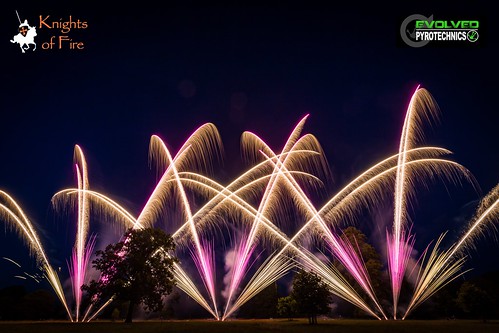 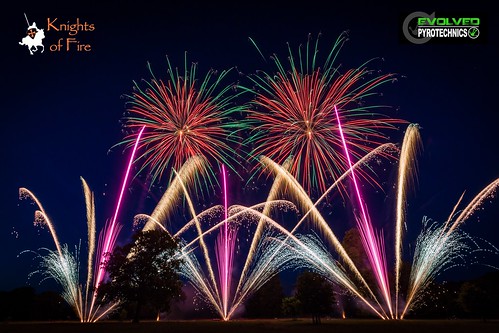 Operation Chastise was a World War II top secret mission carried out on the night of 16/17th May 1943 by the 617 Squadron who were also known as ‘The Dambusters’.

They were known as the Dambusters as their mission during World War II was to use specially-developed ‘bouncing-bombs’ to attack the dams which provided power and water to the Ruhr valley in Germany, which was the main industrial area of Germany.

On Saturday 18th May 2013 Knights of Fire Fireworks put on a fireworks display at the 617 Squadrons Association’s dinner to commemorate the 70th anniversary of Operation Chastise. Included in the audience were two veterans who took part in the Dambusters mission in 1943. The display was an overwhelming success and was described as a ‘fantastic and fitting tribute to the Dambusters’.

The fireworks display was held at Petwood Hotel in Lincolnshire which was used as the 617 Squadron’s Officers’ mess from 1943 to 1945.

Please see below for a video of the fireworks display.

Thank you for taking the time to read this blog post, if you like to make a donation to the RAF Benevolent Fund please click here.