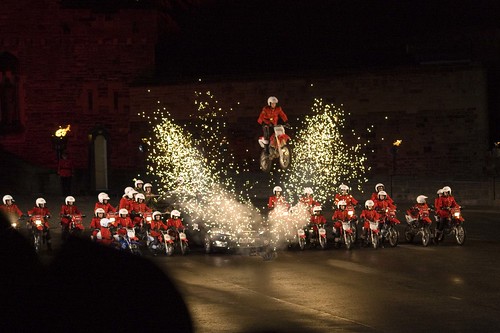 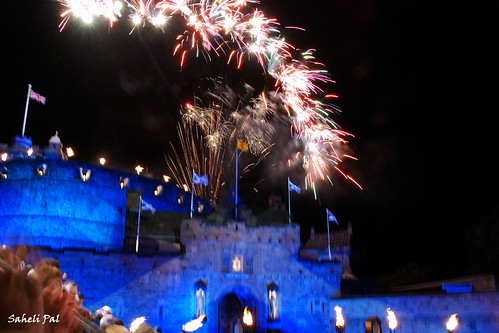 WHAT: ANCIENT CELTIC FIRE FESTIVALS
WHEN: AUTUMN AND SPRING EQUINOX – SCOTLAND
WHERE: EDINBURGH

The Beltane and Samhuinn Fire Festivals were re-established in the Edinburgh area in 1995 by a group of volunteers who were keen to reintroduce these ancient celebrations in the local area.

Their main objective was to expand on the old traditions of the Celtic lunar calendar and to bring to light just how important the fire festivals were to the local area over hundreds of years. They wanted to encourage participation in the street culture, pageantry and history of their country in accordance with the ancient practices.

The locals develop all manner of skills required for performing arts and how to better express themselves with friends and family with workshops and events running alongside the festival
calendar.

The first ever Beltane Fire Festival in 1988 was to re-establish strong bonds within communities and today, their efforts come together in an internationally acknowledged event. Each member of
the society remains until they no longer are able or wish to participate further. Nowadays, the Fire Festivals are attended by tens of thousands of people both from across the region and overseas.

These Celtic Traditions date back to the ancient iron age 500 BCE- 500 CE and include dance, music, food and the arts. Samhuinn is the Harvest festival marking the end of the harvest and the beginning of winter, referred to by the Celt’s as the darker half of the year and Beltane is the Spring equinox celebration of the coming summer months. The practice was widely adopted throughout Ireland, Scotland and the Isle of Man.

The mainstay of both is the bonfire which have long been believed to hold cleansing powers – in fact the people would dance, walk and jump over the fires and around it in celebration of its ability to bring light and warmth. The farmers are known to have driven their livestock between two fires to cleanse and protect them before being put out to pasture.

In ancient times, all fire would have been extinguished to bring in the new. The Neid Fire – the new/wild fire is always started in the ‘old’ way of running two sticks together which kindles the fire which is then passed onto each householder who would then start their own, bringing new life and warmth to their homes.

The next event is the Beltane Fire festival on 30th April to cast off the winter darkness and welcome the light and celebrate fertility, not just for the people but for the land, the animals and bringing light into your life, you will release your own creative energies to go out and make something or do something you have never tried before.

The event is both mesmerizing and terrifying in equal measure as the dancers show their skills with fire spinning, drummers, musicians, actors and dancers (around 300 in total) come together
for the entertainment of the gathered crowds which usually takes around 3 hours.

The event starts at sundown and goes on into the wee small hours but it is a fun packed and liberating event to share with a significant other.

One point to make though, this is a pagan festival and as such, nudity is a common theme so not really suitable for children.

Join in one of the biggest events in the Scottish calendar. Show the rest of the world how to party by joining in one of the events on offer.

Edinburgh Hogmanay is one of the top 100 things to do before you die and has also appeared in the top 25 world travel experiences.

From traditional Scottish music and dance and firelit torches beside the fantastic lit Edinburgh castle to dancing away with some of the most popular stars in princes’s street gardens, there is a range of many things to do and something for every member of the family to enjoy.

Start the night early in the Bairns Afore party with plenty family fun and entertainment lined up and all this before bedtime for the little ones in your group. Or if you await the clock striking 12 on NYE and join in the main event at a concert in the park in princes’s park and celebrate late into the night with music, food and drink stalls galore then be in the best spot for the prestigious fireworks display at 12.

If you dare celebrate Edinburgh style become a Loony Duck dress up in your wackiest outfit and march the highstreets before dunking yourself in the cold waters of the river forth all in the name of charity.

On the other hand, if you want to stay warm and dry there is plenty of vantage points along the high streets with cafes and bars setting tables outside so you can witness the events unfolding but these get booked up quickly so make sure you book in advance

With so many things going off on different dates and places here are the key dates so make sure you put them in your diary. 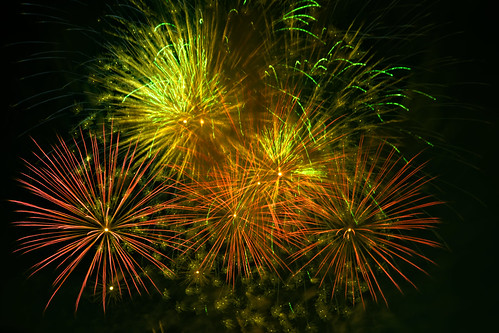