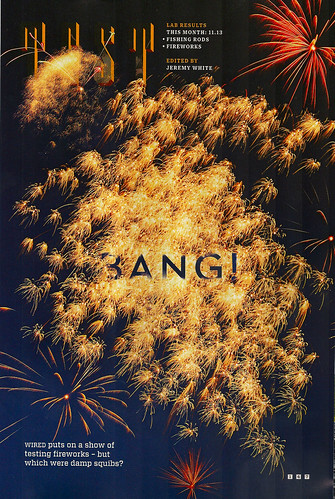 OOOPPPSSS we did it again … EPIC FIREWORKS In The Media 🙂

They tested the list of goodies in a field somewhere in deepest darkest Cambridgeshire (and had a brilliant time by all accounts).  All the pyro was filmed and photographed on a tripod mounted camera’s and sound pressure level metres and all the items were rated on the visual effect (gauged by the oohs) and the noise levels (gauged by the aahhs). 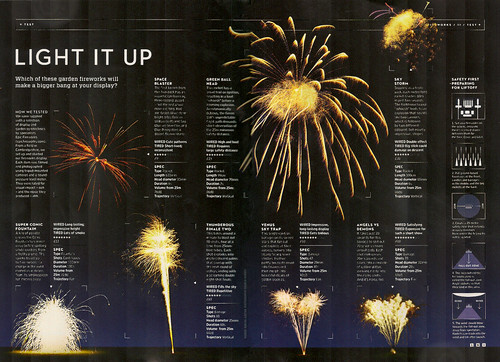 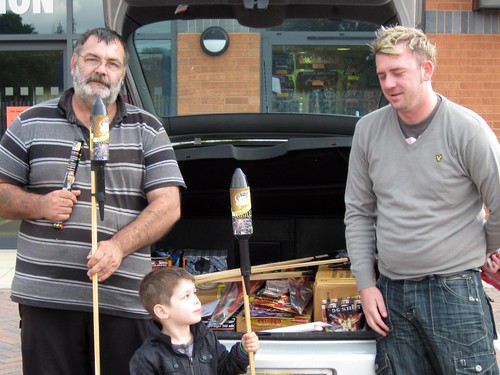 Are you getting some fireworks for Fathers Day for Sunday 16th June 2013?

Well, here at Epic headquarters the phones have been hot off the hook taking orders for upcoming Fathers Day.

But from where does Fathers day originate? Well, Fathers Day was created in America in the early part of the twentieth century, and over the years has been adopted by countries all over the world including the UK.

So what will you be buying for your special Father?

The traditional present for a Father on Fathers Day is a watch or a tie, but we’re sure he’s got plenty of these already! 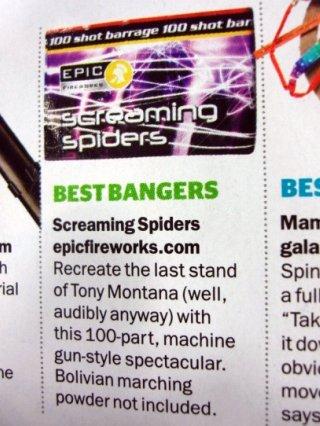 With 35 years in the business of fireworks and special effects, Mitcham based company “Le Maitre” (The Master) are reporting a profit increase of 30%, which in the recent economic climate has to be regarded as nothing short of spectacular.

With an impressive list of clients including HRH Queen Elizabeth II, Richard Branson and the BBC to name just a few the second biggest pyrotechnics company on the planet also has had its work associated with many blockbuster films including “the hunger games” and “Les Miserables” premiers.

Anyone who has been to see Cirque du Soleil, The Killers, or even the UEFA League Championship Finals would have witnessed the work of le Maitre and possibly not realised.

With a research and development team of seven, designing some of the cutting edges of special effects in the world, it is something us Brits can be proud of.

I have been using one of their products for some time without realising its history, as one of the first company’s in the business they patented the “Pyroflash” stage effects system which has been used in numerous gigs over the years to great success. Probably one of my biggest was a corporate “James Bond” event for a major UK bank where I used their pyrotechnic system to blow up sections of a stage in a simulated film scene.

Things look good for the 75 employees of the West London Company who are now also based in the USA.

Take a look at some of their stunning displays and wonder at the ingenuity of us British.

As true world beaters in the industry, their indoor shows have wowed the world, I challenge you to take a look at these effects and not be impressed.

We here at Epic would like to wish Le Maitre every success in the future and hope your innovations continue to mesmerize and dazzle pyro fans across the world.

Anyone wanting to put on your own outdoor show on a smaller scale, please feel free to contact us, or view our fireworks in action at www.epicfireworks.com We have a wide variety of DIY display packs which will be brilliant for birthdays, anniversaries or any other celebrations and can be delivered to anywhere in the UK.