Due to the current situation, they couldn’t have a mass party but decided to celebrate with a few fireworks in the back garden.

Dave had no idea that the fireworks were ordered – and what the family did was simply genius.

Unbeknown to Dave, the family secretly shared the rockets and sparklers with family and friends and helped Dave celebrate his 18th with the help of Zoom 🙂 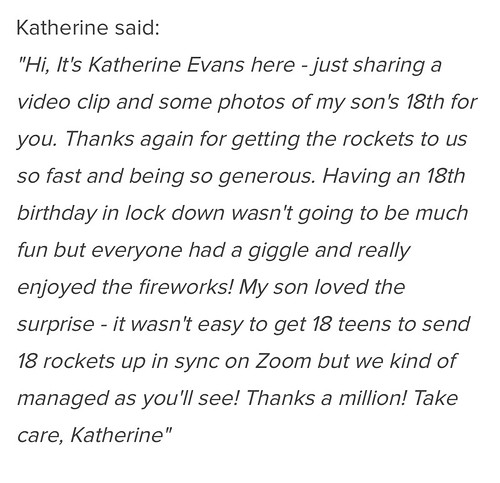 The playwright was born in the town of Stratford-upon-Avon and in recognition of this, there will be a huge exhibition called ‘Famous Beyond Words’ exploring the writer’s works in detail and taking the visitors to the exhibit on a journey back in time through the works.

In honour of his birthday there is a massive resurgence of plays from the Bard all over the world. There was even an impromptu performance of King Lear at a refugee camp in Syria which was created to ensure that despite their current situation, the children’s education still remains at the heart of life.

One thing which I personally never appreciated was just how many ‘quotes’ William Shakespeare was responsible for creating that have been commonly used through the years which will ring true for some, especially those of a certain age. For example:

The Fireworks display will start off the proceedings and then over the weekend of the 26th and 27th April, there will also be a huge parade with a number of concessions and activities alongside it as performed by members of the RSC (Royal Shakespeare Company). Rather delightfully (for some at least) they will also be holding a ‘stage fighting’ workshop, showing how the fights are choreographed and the make-up and prosthetics needed to create such a real effect.

The event is likely to bring in massive visitor numbers as people from every corner of the World to take part in a huge range of other events, exhibitions and theatre productions celebrating the playwright’s legacy are also planned for the rest of the year, and will be run by the RSC and the Shakespeare Birthplace Trust.

We will be sure to bring you video footage of the fireworks once they are available. 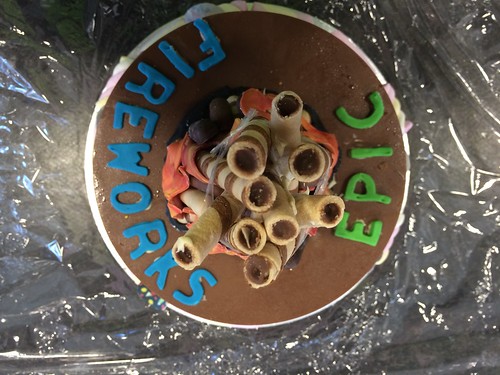 Today, thirty-five years ago, Paul Singh made his entrance into the world on the eve of the anniversary of the Gunpowder Plot celebrations.

It was found earlier this year that Paul is gluten sensitive and therefore to avoid being ill, staff members Sean and Claire bought him a fantastic gluten-free smash cake.

We would all like to wish him a very happy birthday and look forward to the end of play tomorrow when we can sit back, raise a glass and congratulate ourselves on another season over and celebrate Paul’s birthday in style. 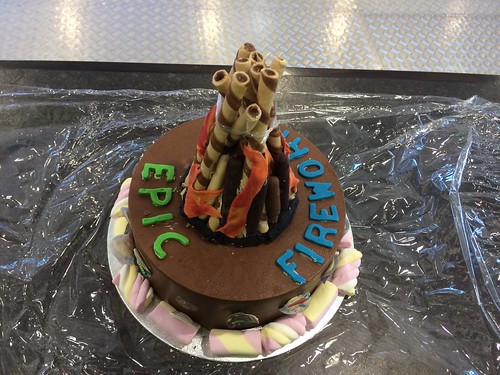