There is nothing which captures the essence of London and the UK than the bells of Big Ben chiming to welcome in Christmas and say a fond farewell to the old Year and welcome in the New Year with some fireworks.

This year, however, the situation was a little fraught as Big Ben was stopped for essential repairs and will not peel for around 4 years to repair the hands, pendulum, and mechanism at a cost originally ‘guestimated’ at £29 million is now likely to top the £60 million mark instead.

This year, the rigging etc of the fireworks will once again be the responsibility of the talented team from Titanium Fireworks, working alongside a huge team of support from other display teams required to get the New Year’s Eve firework event to go off with a bang. There will be more than 30 staff members carrying up to 30 tonnes of equipment and 8 tonnes of fireworks to create the graceful spectacle that is London 2018. They start to set up on 27th December as it is such a gargantuan task and will keep running the systems through until the fireworks get underway.

The annual fireworks show became a ticketed event back in 2014 and this has continued to be the case from that point forward. It has improved the overall experience making for a more manageable crowd and keeping the cost of holding the event down.

The last couple of batches of tickets sold out immediately but there are plans to put some more out for general release in early December so watch out for them.

If you are staying home to welcome in the New Year with family and friends, we have a beautiful selection of barrages which are ideal for the stroke of midnight – check online for videos of our new products this year which are top of the Christmas list of some of our pyro fans 🙂 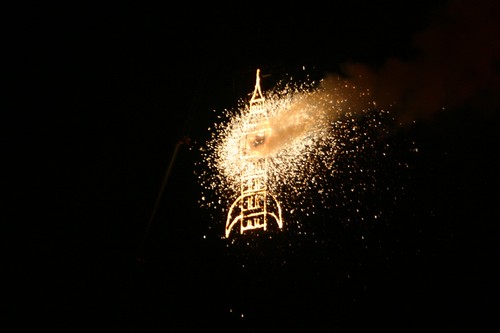 Some people celebrate the foiling of the Gunpowder Plot, the way King James intended, some celebrate its attempt (more common nowadays). The main thing is we celebrate a man’s willingness to make a stand to make a change, of course, we cannot condone his methods but it is said often of Guy Fawkes that he was “The only man ever to enter parliament with honest intentions.”

Epic Fireworks is proud to present the Big Ben Display Pack for 2009/2010. 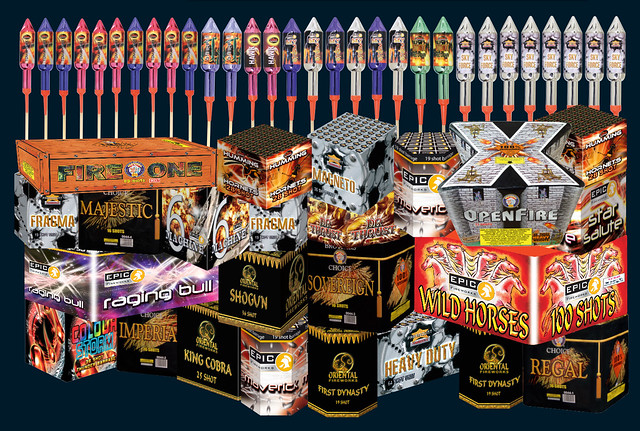 It’s official, the Big Ben DIY Display Kit has arrived. Featuring your favourite fireworks plus a few new faces. As always this DIY fireworks pack contains only premium pyro guaranteeing you the best fireworks display for your money.

Loaded with monster rockets like the Atomic Meltdown and the classic Sky Storm, this is an aerial display to feel proud of. Not to mention some of the best fireworks sib (single ignition barrages) available in the UK. Such as the stunning Open Fire or the legendary Wild Horses. This is a display that will blow you away!

All videos of all fireworks are on the site for you to view before you buy. And all fireworks in this pack are 1.3G meaning only the highest quality throughout. Epic Fireworks believe in nothing but the best. Make your bonfire night special this year with the Big Ben diy firework kit.