Never has ‘For Auld Lang Syne’ being more appropriate to the Nation’s capital than this year.  Following on from a year where we had the London 2012 Olympic and Paralympic Games and our wonderful Queen celebrated an astonishing 60 years on the Throne there has never been more focus on our small nation than this year.

We started the year in the sure and certain knowledge that this was not going to be a quiet and reserved one as we all completed the final preparations for what is likely to be one of the finest Years in our nation’s rich history.

Who could fail to be touched by the efforts of some of the torchbearers as every English Country and every local authority in Scotland, Wales and Northern Ireland got to see the Olympic Torch.  Special dispensation was given to add Ireland’s Capital city Dublin to the schedule and this was the only Country outside of the UK to be included in this magical event.

As some of you may know, the MD and his family and a number of the employees hail from Bradford, Leeds and Bingley.  The Torch left Bradford on 24th June where more than 4000 people lined the route as it made its way through Keighley and them moving onto Leeds where it remained over-night.  The following morning the torch set off to Barnsley where a massive 20,000 people lined the route as it continued over to Sheffield to rest over-night in the Don Valley Stadium before setting off to the coast at Cleethorpes.

Here at Epic, we had absolutely no idea just how revered her Majesty Queen Elizabeth II was until we started to get order after order for fireworks to join in the celebration of her Diamond Jubilee weekend.  We even had to create a new Jubilee pack especially for the occasion for the hundreds of customer who were putting on a show for their community with food fireworks and fun being at the top of the list.

The Jubilee Weekend was brilliant on a Saturday if a little wet and chilly on a Saturday but the crowds gathered joining in the celebrations were not to be put off by the changing weather in the UK as this is something we have all come to know only too well.

We did manage to get a couple of hours off to join in with the celebrations with our families and friends and enjoyed a good few fireworks in recognition of Her Majesty’s 60-years on the British Throne.

Let the games commence …. After several years in the planning, the eyes of the World were on London for the opening ceremony.  Whilst it certainly was a very British affair, with a couple of the reference being lost on the other countries, it was nothing short of spectacular, depicting the growth of the country following the War, the austerity, the growth of industry and of course, the music of the youth of yesteryear and that of today.

Of course, being fireworks mad, our main focus was on the pyro.  Kimbolton Fireworks made us all proud to be British with a spectacular display which lit up the skies over London to rapturous applause.

Team GB did us all proud with the haul of medals totalling 65 including 29 Gold, 17 Silver and 19 Bronze

Again, we had a number of customers who had orders in to support their local sporting heroes including Sheffield’s own, Jess Ennis, the brilliant Brownlee brothers from Dewsbury, rower Ed Clancy from Barnsley and boxer Nicola Adams from Leeds.

Of course, one of the biggest events in the firework industry calendar in the UK is Bonfire Night.  Each year, increasing numbers of customers are coming along to see us in an attempt to save money putting on one of the big displays that they used to pay to pro firing companies they pay less than half of this cost and do it themselves.

We awaited the delivery from China’s arrival with bated breath and when the first containers arrive, it is always a time of great excitement – a bit like unpacking a HUGE food hamper – and once they are all safely housed either over here in Barnsley or over in our specialist underground storage containers in Lincoln, we are ready to go.

Serving several thousand customers with everything from a pack of sparklers to a £10,000 fireworks display, we made tens of hundreds of cups of tea, coffee and gave several hundred bottles of juice, water and other soft drinks to the throngs ensuring that in keeping with Jimmy’s Customer Care ethos, everyone leaves with a smile on their face.  Before we knew it, Bonfire Night was here and the skies over Barnsley and Sheffield were alight with explosions as we sat back and took stock of the good, the bad and the downright obscure.

As 2013 is just around the corner, our thoughts turn to our buying trip as we will be visiting China early in the year to check out the new products, place our orders for some of our old favourites and ensure that this year we bring in enough to meet everyone’s requirements.

And now that we approach the end of the 2012 season, we are offering our gratitude to customers who come along to the store by rewarding anyone spending £150.00 or more with either a DVD player or 5 majestic Sky Lanterns as a thank you.

To all our friends who have helped out during the season and all our customers we raise a glass in thanks and wish you everything you hope for from 2013.

If you need any fireworks to help you bring in the New Year in style, we will remain open every-day except Christmas and Boxing day and whilst our stock is a little depleted in some items, due to the HUGE range, we have alternatives for every product.

THANK YOU AND SEE YOU AGAIN SOON.

Following on from our last blog post, unfortunately, as the original winner was not contactable, we were forced to re-draw the competition.

We drew 4 new winners at random who had registered to Epic Fireworks and have contacted them all by telephone (all 4 winners have all been in touch to claim their winnings – 2 of the winners want the fireworks for the New Year celebrations and the other 2 winners are still deciding) and pictures will be posted at a later date when the winners have had the chance to come along to visit us to collect their goodies.

We will be having another competition next year so keep on registering your details to be sure to be part of this brilliant offer and it could be you. 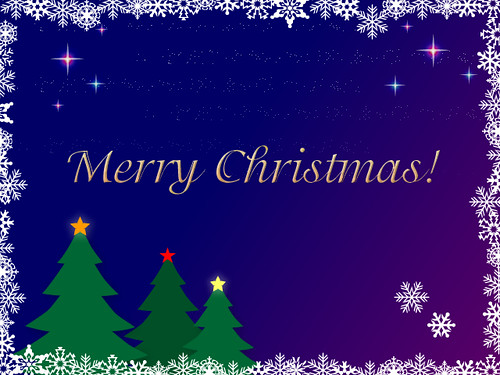 What a year it has been here at Epic.  We started the year with a trip to China, Paul got engaged and then married and the Bonfire season has been and gone – phew … But, it still has a few weeks to go yet.

Our minds are now turning to Christmas as many people are enjoying fireworks at their local Town/City Christmas Light turn on, we continue to gear up to the next rush for New Year’s Eve celebrations.

Sometimes nowadays, we are all in such a rush that we forget that this should be a time for families and preparing to celebrate together.

I have always been and shall ever remain a last minute shopper.  I don’t worry about it as one way or another, the shops are only closed for a day or two and our local Premier shop is always open for a couple of hours on Christmas day to get the forgotten cranberry sauce (which only really slips my mind because I don’t like it) or the flour for the Yorkshire puddings which all the family insist on having (despite there being a mountain of food already on the plate).

I am a fan of lists – one for everything I need for dinner on Christmas day and then a repeat of the event on Boxing day for my son and his family as they always visit his mother-in-law on Christmas day and he wants one with ‘his family’ too.  So double up, 2 turkey, 2 pieces of pork etc and on …..

Then, my Christmas present list begins.  I only list the names and if any of the family happens to have made a special request for something specific, this gets added but if not, you will get what you are given as my mother says.  I then fly around the shops in Meadowhall (or Meadow-hell as the locals call it) and do a mad dash, ticking off the list as I go.  I shop like a bloke – the first thing I come to I buy and if there are offers on at Boots, I’m in there!!  Job done I go home to wrap them all and throw them under the tree.

I do wish I gave Christmas a little more thought but to be honest, I am terrible at accepting presents and would rather no-one bothered or just bought themselves something nice or gave the money to charity.  Last year, I sponsored a tiger for my hubby (who loves them) and paid for a star for my son who has always loved astrology.  The issue was though, said star can only be seen from the Southern Hemisphere so unless he plans to emigrate shortly, not much chance of seeing that then!!

On Christmas eve, I finish work and then make sure that all the veggies are peeled and ready for the off, Turkey stuffed, wrapped and ready to go and the pork scored and salted to make sure my crackling is good and crispy.  Then, rub some pastry up, make mince pies, sausage rolls and a couple of quiche for tea on Christmas day and then settle back and have a glass of wine or three, have a nice hot bath and put my new PJ’s on (family tradition) before watching something totally soppy on TV.

In years gone by, when I lived with my parents and my brothers, we lived on the outskirts of a small town which was quite remote so if we didn’t make sure we had everything, we were stuck.  I remember one year, my mum had bought some gifts for my granddad (her father) and grumpy (my dad’s father) but left them at work.  Come the big day – no gifts to give so she took a couple off my uncles and re-labelled them.  However, in the rush, she had not checked what the gifts were.  Both my lovely grandfathers were bald and she had given them a hair tonic and grooming set!!

Christmas is still very special as my beautiful grand-daughter will be three this year and is, of course, a little chatterbox but she has so much already, we are really running out of things to buy for her.

If we all take a moment to remember this Christmas, spare a thought for a lonely neighbour.  Last year, I invited my neighbour who lives alone to have dinner with us, that he thoroughly enjoyed and it was so lovely to see that despite his usual surly attitude he was a total gent all day and even dressed for the occasion in a clean shirt and jacket.

Celebrate with your family and have a safe and pleasant Christmas from all at Epic fireworks and don’t forget, we are open every day except Christmas, Boxing and New Years days if you should need anything.

From all the staff at Epic Fireworks 🙂