Whilst everyone loves fireworks, you should be under no illusion of the destruction and devastation which will come into effect if they are not used properly.

This very poignant image of a young man with scarring from full thickness burns says it all. The fact of the matter is, whilst we jovially refer to fireworks as ‘boys toys’ they are anything but. The firework responsible, the humble Roman Candle. There is only one clear message – FIREWORKS ARE NOT TOYS, THEY ARE EXPLOSIVES WHICH CAN BE USED BY RESPONSIBLE ADULTS ONLY. FOLLOW THE FIREWORK CODE – ITS THERE FOR A REASON.

Keep safe with fireworks – if you are in doubt, give us a call and we will try to help with your query. 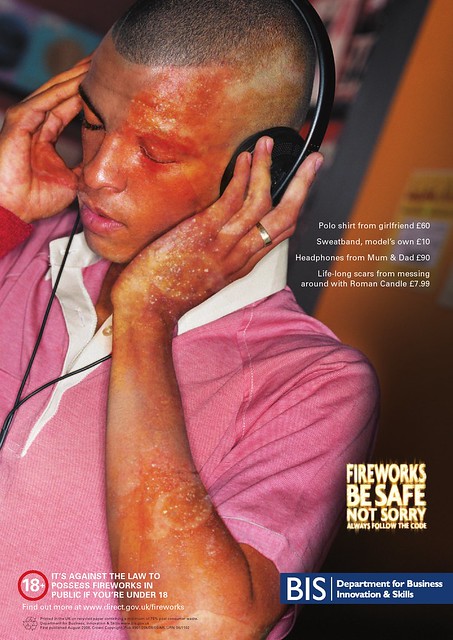 One of the best finale barrage fireworks we have ever seen, the massive Fire One from Brothers Pyrotechnics.

This single ignition barrage is an excellent all-round firework and is perfect for get-together’s and small events where you only want one big firework.

Annually, Canadians all over the World celebrate the unification of their country with Canada Day. They are celebrating the signing of the Constitution Act in 1867 which resulted in the joining of the colonies of British North America, Nova Scotia, New Brunswick and the Province of Canada into a federation of 4 provinces. The day eventually came to be known as Canada Day on 27th October 1982, some 115 years later.

The celebrations for Canada Day take on a very similar format as those for American Independence Day and commonly include family entertainment, barbecues by the dozen and of course, the evening is commonly brought to a close with some beautiful fireworks filling the night skies.