Today we look at a retro Rainbow Fireworks Poster from 1965.

Rainbow Fireworks was launched in 1948 in Bracknell, Berkshire by Herbert Nobbs and they created some of the industries most collectable ephemera during their 25-year existence.

In 1969 Rainbow ‘co-traded’ with Astra Fireworks before finally closing down just before Bonfire Night 1972 but their stock and raw materials were bought by Astra Fireworks who continued to trade using the Rainbow name until late 1975. 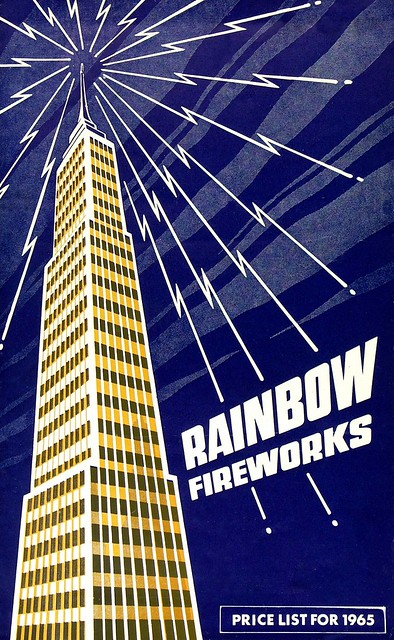