This exhibition, the first of its kind, explores Britain’s November the fifth celebration through the history of Fire Festivals, the Gunpowder plot of 1605 and the astonishingly vivid advertising and packing of domestic fireworks from the 20th century. The history of fireworks in Britain will be vividly brought to life in this multi-media display.

The main body of the exhibition will look at the vital artwork connected to the design and display of 20th century Fireworks. This promises to be a nostalgic sweetshop of delight for visitors with fireworks from all the main UK companies, such as Standard, Pains, Wessex, Brock’s and Astra on display. Visitors will recognize the well-known domestic brands such as Jack in a Box, Mine of Serpents, Traffic Lights and Screech Owl as they walk through a charted history of the British firework industry.

Other themes explored within the exhibition include the celebration of Guy Fawkes Night and its significance to British culture since the failure of the Gunpowder Plot of 5 November 1605, in which a number of Catholic conspirators, including Guy Fawkes, attempted to destroy the Houses of Parliament in London. From its origins in an Act of Parliament called The Thanksgiving Act, which made it compulsory until 1859, to celebrate the deliverance of the King of England, Scotland, and Ireland to the long standing tradition of fire-festivals across Britain which will be brought to life in a multi-media display.

The exhibition has been designed by Simon Costin, Director of the Museum of British Folklore. Simon is an internationally respected art director and set designer who has collaborated extensively with luxury brands such as Alexander McQueen, Hermès, YSL and Lanvin. An artist in his own right, his work has been exhibited at the ICA, London and The Metropolitan Museum of Art, New York.

Check out the following links:

Feeling a little cultural today, led me to explore the history of fireworks in famous paintings.

As far back as 1700’s fireworks had captured the imagination of kings and queens, poets, and especially artists.

Oswald Achenbach born in Dusseldorf, on 2nd February 1827 was one such visionary. Being an influential landscape painter, this later in life, led him to become Professor of Landscape Painting in Düsseldorf. With his eye for the bright and bold, and technique of depicting rich and glowing effects of colour, fireworks would have been something he wanted to portray, and this led him in 1875 to the bay of Naples where he captured this firework celebration. His work can be seen at most of the important German galleries of modern art. 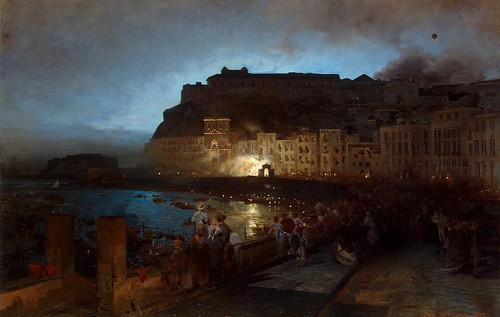 Going back a little Further in time to around the 2nd quarter of the 18th century sees a different style of painting, partly due to colours being less vivid and partly due to the styles of the time.

This painting by the Persian Nader Shah, shows a Mughal princess and her attendants celebrating with what could be the first painting of sparklers, to celebrate a Muslim festival possibly Shab-e-Bara or Diwali. The style of the artist depicts opulence and a carefree attitude towards life. Painted shortly before the downfall of the Mughal capital at Delhi in 1739 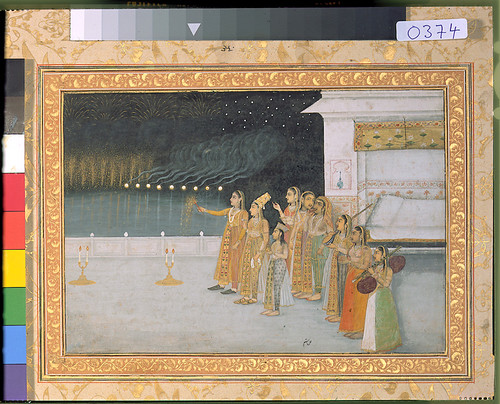 We now jump forward in time to 1916, when a new style, Influenced by Filippo Tommaso Marinetti was the rage around Rome.
Giacomo Balla the son of an industrial chemist, started working at the age of nine (times were hard then) working for a local printer.

By 1916, now in his twenty’s Balla had now moved to Rome to become an illustrator and caricaturist, and painted the odd portrait, but soon followed the new futurist style of painting. Creating a pictorial depiction of light, movement and speed as seen below.

In 1899 his work was shown at the Venice Biennale, followed by major Italian exhibitions in Rome and Venice, also in Munich, Berlin and Düsseldorf in Germany as well as at the Salon d’Automne in Paris possibly the highlight of his career. By the end of the first world war, the style was in decline. In 1935 Giacomo Balla was made a member of Rome’s Accademia di San Luca, possibly the highlight of his career. 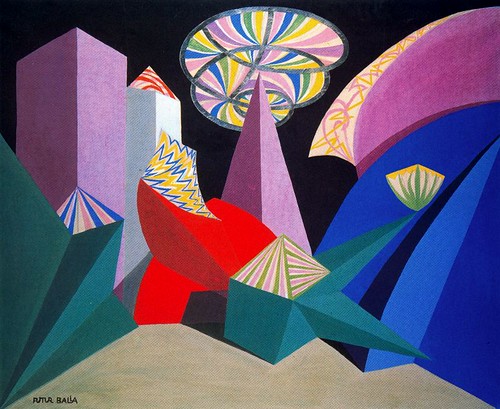 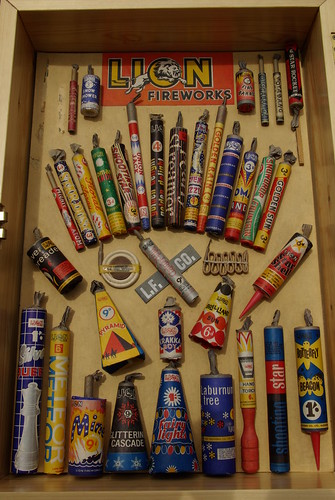 Maurice Evans has been collecting fireworks since childhood and now at eighty-two years old he has the most comprehensive collection in the country (UK) – so you can imagine both my excitement and my trepidation upon stepping through the threshold of his house in Shoreham. My concern about potential explosion was relieved when Maurice confirmed that he has removed the gunpowder from his fireworks, only to be reawakened when his wife Kit helpfully revealed that Catherine Wheels and Bangers were excepted because you cannot extract the gunpowder without ruining  them. Click here to read the full story.