WHAT: INTERNATIONAL SYMPOSIUM ON FIREWORKS
WHERE: BORDEAUX, FRANCE
WHEN: MONDAY 21st – FRIDAY 25th SEPTEMBER 2015
WHY: WORLD MEETING OF THE PYROTECHNIC INDUSTRY

Since its inception in 1992, there have been 11 such events, bringing together every aspect of the pyrotechnic industry to openly debate burning issues, check out new technology and of course, see some of the latest pyrotechnics in use.

Here’s some exclusive video footage for this years meet up:

The letters and characters are fired from a rack !!! Cool or what 🙂

The event was last held in Liuyang, China in 2013 and it was reportedly a rip-roaring success.

Over the 5 days at this year’s event, visitors can enjoy chatting with others in the industry, trade ideas and best practice and address the burning issues of pollution/transportation and storage. There will be tutorials on pollution, the science of fireworks, where the industry is headed and of course, the advancements in technology. In addition, there will be a number of smaller firework displays.

Last time in Changsha, Dun Pai fireworks created a pyromusical display with 5600 pieces across a 600m expanse. The only issue was that due to the width of the firing site for the demo, the team struggled to have the music and the pyro in perfect time (sound doesn’t travel as fast as light – hence the reason if you are a long way from a firework, you will see the burst before you hear it!) and of course, they included one of the most over-used tracks in display fireworks: ‘The Prayer’ by Andrea Bocelli and Celine Dion. But, the fireworks were very cleverly used to evoke the emotion of the music. The change of pace came in the form of a musical score I didn’t recognise but the pyro fitted it beautiful and some of the shell bursts were absolutely amazing. I particularly like the bows and strobing space ships.

The finale of course was astonishing and incredibly loud and bright. The last few seconds was so powerful, it made the cameras shake and white out!

We will bring you news of issues raised and addressed during the symposium later in the year but in the meantime, enjoy last year’s display from Dun Pai Fireworks: 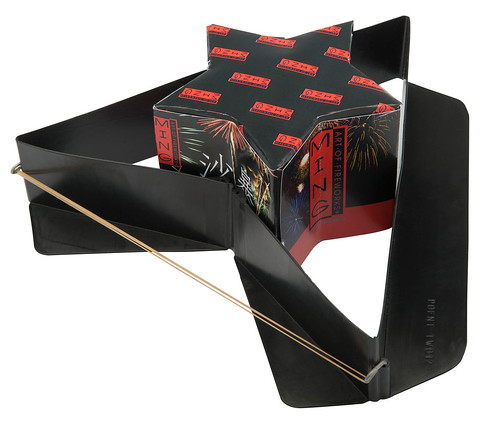 May we introduce the Easy Battery Holder by PointTwo12 Ltd.

Epic Fireworks are always interested in any safety measure which can be implemented by customers to ensure that they have a pleasant and accident-free fireworks display.

A young man from Denmark has patented his own creation, a battery holder (in the UK it would be a barrage/cake or fireworks holder) which has been specifically designed to stabilize a firework by increasing the base surface area, reducing the risk of the firework tipping over as a result of soft or un-level ground.

The holder is really simple to use and can take fireworks up to 6 inches in diameter but there are plans to introduce different sizes to the market if the idea catches on.

See below and let us know what your thoughts are? 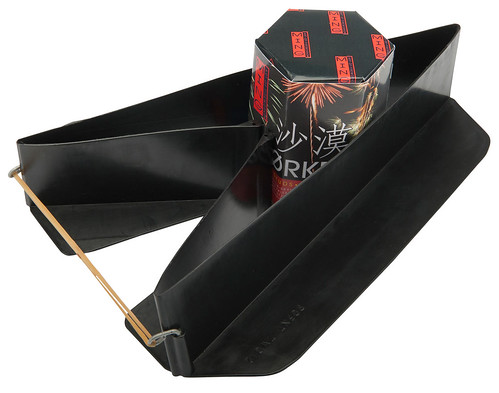 For those of you that have seen the film ‘The Great Gatsby’ will remember the awesome firework scenes, but how did they do this?

PFW are world leaders in creative and technology services, delivering innovative 3D conversion, visual effects and animation services to major media and entertainment companies all over the world.

The team of over 3500 artists, technicians and producers work together to deliver world-class visual entertainment services from the key centres of creative content production based in London, Los Angeles, Mumbai, New York and Vancouver.

Check out the amazing video here to see how these guys and gals achieved the awesome computer generated firework effects.