All of the pictures in this post were done by the same person, someone has known mysteriously as “Sparkler Art”

Here is their story.
A couple days after Fourth of July festivities several friends gathered together to burn stuff (bonfire). After a short period, packs of sparklers were pulled out which was greeted by several cheers and a few warbles. The group of friends played (but were very careful not to burn each other) and started doing designs in the air. Well, someone got smart and decided to start taking pictures of it. Wow, neat! we all said. Then, one began to cackle evilly, then another, then another, then we had to teach another how to cackle so they could join in. Sparkler Art was discovered by us (though not a new concept, we just thought it was cool). 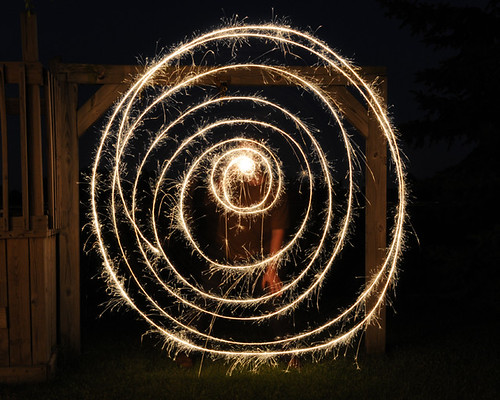